Once again, we’re reaching out to our readers to get some insights on a specific topic. This time, we want to understand the obstacles that may refrain you from using a VPN solution. By answering that question, we may be able to adequately address your concerns by writing some specific articles about it – hoping those articles will, at least, bright things.

But let’s see first the advantages of using a VPN

A Virtual Private Network (commonly known as VPN) is a layer that allows you to connect securely to a remote server (or network) through an encrypted tunnel. That encrypted tunnel is created on top of the usual internet connection that you are regularly using. Depending on the implementation, the encryption can have many forms (header only, packet, etc.), and different protocols can be used based on the agreement between your computer (or network) and the remote network.

Reasons for using a VPN

Here are few reasons for using a VPN connection:

– For accessing your online bank account: there are few options here. Most of the time, your bank’s IT system will already come with security in mind. But they can only protect what they can control from their end. So as to add some layer of security, you may want to use a VPN that encrypts your internet connection,

– For securing your public Wi-Fi connection: we are now living in a connected world, and most of the time, you’ll be located in places where public Wi-Fi is available. Some cities allow you to connect to a Wi-Fi that they are providing, most hotels make Wi-Fi connections available for their guests, and airports usually have that feature turned on –  I am not even counting cybercafe and other pubs and public places. But Wi-Fi is also a goldmine for information thieves and hackers. indeed, everybody can connect to the same network, and chances are that there’ll always be a “smart” guy who’ll try to sniff the traffic that goes through a Wi-Fi connection so as to reuse that information later on. Tools exist for that sniffing purposes, and they are easily accessible.

Recommended reading: 7 Tips To Keep Your Laptop Secure While Traveling

– For overcoming some geolocation-limited online resources: those online platforms are becoming more and more popular. Netflix, Hulu, Spotify, BBC iPlayer, .. and the list goes on. A VPN connection is a perfect solution for overcoming those limitations. But another use is also about overriding some censorship that some countries are putting on some public online resources. For example, there were times where sites like Youtube were blocked from China. Here again, VPN solutions come in handy.

So, what is refraining you from using a VPN? It is only an attempt, but we think that most people don’t consider using VPN connections for the following reasons:

– Because it’s too cheap: most people believe that an affordable service may not be “worth” it. But there are serious VPN players out there that will tell you the contrary; the list includes HideMyAss, ibVPN (read our complete ibVPN review), PureVPN, Private Internet Access (read our comprehensive PrivateInternetAccess review), NordVPN or IPVanish.

– It’s too complicated to setup: well, I fully understand that the protocols behind VPN aren’t sexy enough. However, most of them install like a charm since they come with installers. All you have to do is to launch the installer and enter the credentials.

– Because you don’t care about it: well, I do not argue against that.

As you have seen, those are only guesses, and we’re sure you have some other reasons (or you may want to rephrase it differently).

What is refraining you from using a VPN? Let us know in the comments below.

Previous article Would You Be Interested in Using a Serverless IM System for Protecting Your Privacy?
Next article How Did I Install BolehVPN on a Ubuntu Linux Machine? 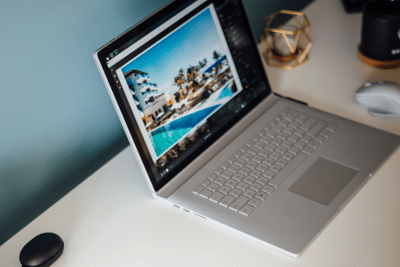