While testing one VPN solution, I’ve been advised to check if I have an anti-virus or firewall software installed on my computer. Although I can understand that there may be some conflict between the VPN solution and that PC protection software, I found the answer I received a bit harsh. Learn about troubleshooting VPN service.

Here is an excerpt from the answer I received:

“Have you tried temporarily disabling your firewall/anti-virus applications and retrying to connect? Firewalls and anti-virus programs are the common cause for stopping VPN connections from working.”

Ok, let’s step back and consider this advice a bit more seriously. One of the reasons why I am using a VPN solution is to protect my privacy online. On the other hand, I may also use some firewall software so as to protect my computer from unauthorized access. And finally, I use anti-virus software so as to prevent malware and other Trojan and viruses to do some damages on my computer.

So, the advice that has been given to me here means that I have to choose between running my VPN solution (and disabling my protection shield), or keep my firewall/anti-virus software and try to adapt it for enabling my VPN connections.

VPN with firewall and anti-virus

This latter option seems to be the most acceptable solution, as users scarcely want to disable the protective shield that they are running on their PCs. But in fact, this also means that the lambda user is supposed to know how to configure the firewall (or anti-virus) so as to enable VPN protocols to go through.

This can lead to a tricky situation since on both ends of the issue; there are a lot of options to consider. First, on the VPN section, the user has to know which protocol it is trying to use: PPTP, L2TP or OpenVPN (among others). On the other side, we need to know which firewall software is run on the user’s computer. But once this is identified, the user should then know how to open some ports on this firewall solution so as to allow VPN connections.

In fact, this can lead to a tricky situation: most computer users aren’t even aware of the features and access control functions that most programs installed on their computer are doing. I expect that most VPN service providers already have a list of scenario (combination of antivirus, firewall) – I have no doubt they have a support team who are well-versed into dealing with these issues- if they don’t, I would assume they are not serious enough.

But my concern on troubleshooting VPN service is more about the fact that this kind of issue is relying on the level of understanding of the customer: I would assume that a VPN client would only expect that the solution he bought would run out of the box. Should he run into issues, I’m just wondering if he would go through all the troubleshooting process (and refer to the help desk – which sometimes, is only sending out a canned response).

What’s your view on this?

As a VPN client, how far would you go troubleshooting VPN service before either deciding to contact the VPN service provider support? Or would you just assume that this “thing” is not working and you’ll consider something else?

Previous article Once Free VPN HotspotShield Lands on iOS as a Paid Version
Next article Google Music Launched In The U.S. How Do You Access It If You Are Outside The U.S?

What is SSTP VPN and How Does it Work

Pay For Your VPN Subscription With Liberty Reserve 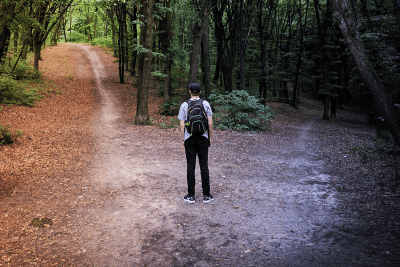 October 16, 2017
There are no comments yet No comments