There was a lot of talking lately about Hotspot Shield, a free VPN service. The tool is ideal for watching Hulu, ABC, NBC, Fox or other restricted video streaming sites for visitors outside the US. As I have received a lot of questions regarding VPNs, I have gathered info from several sources that explain what VPNs are and how VPNs work to hide your IP address. Enjoy!

What is a VPN?

Virtual Private Network or VPN is an extension of Local Area Network allowing distant nodes achievable via Wide Area Network (ie. Internet) to behave (logically) like they were connected directly to LAN. VPN is often used by companies or organization to make distant workers or agencies seamlessly integrated into the same network but it can be used for other purposes too, for example for hiding your IP address.

­Basically, a VPN is a private network that uses a public network (usually the Internet) to connect remote sites or users together. Instead of using a dedicated, real-world connection such as leased line, a VPN uses “virtual” connections routed through the Internet. 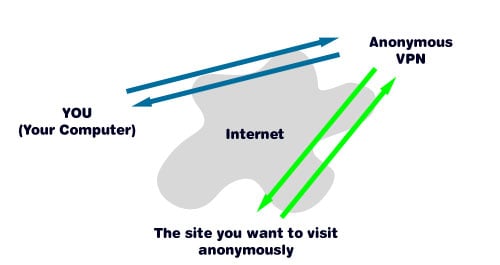 One of the best things about VPNs is that they allow computer users to access a network via an IP address other than the one that actually connects their computer to the Internet. This service is exposed to the general public through anonymous VPN servers.

Anonymous VPN servers create an encrypted tunnel which is used to route your Internet traffic, hide IP address and protect it from ISPs or system administrators’ snooping. Your email and ICQ correspondence will be safely protected as well as your Internet activity. There are different companies offering anonymous VPN access, like HideMyAss, ibVPN, PureVPN.

Here are some advantages of using anonymous VPNs servers:

VPN services can also be used to unlock geo-restricted websites and streaming channels. Due to the fact that such content is restricted based on the IP address of the user, by changing the IP address using a VPN service the restriction is bypassed.

To sum up, VPN technology uses encrypted channels and anonymous VPN servers to provide secure access to the Internet. Further, extra benefits include unlocking restricted content and protection against hackers.

Previous article Relakks – How to Browse with Swedish IP address

Next article How to browse with French IP address 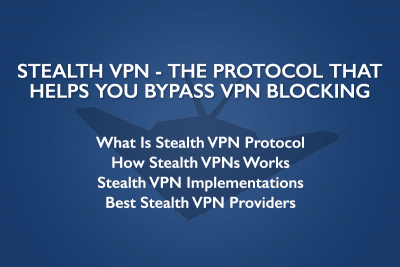 Stealth VPN – The protocol that helps you bypass VPN blocking