Update: The ProxyMob project is no longer maintained as, I quote, “the solution can be insecure still and easily misconfigured”. More details here. You may take a look at other hide IP Opera methods.

Have you ever tried to manually configure a proxy on your smartphone?

If you haven’t yet, then you’ve saved yourself from some headaches. Indeed, most of the smartphones available on the market don’t allow you to manually configure proxies for your browser without having to do some special tricks (rooting your Android or jailbreaking your iPhone). If you have found some other solutions, I’m eager to know about them. And you’re highly invited to mention it in the comment section of this article. I’m sure you’ll help a lot of our readers out there.

Opera Mini – the most popular browser for smartphones

But the battlefield is changing as other browsers are beginning to get into that “market” where users would be able to manually set proxies for their browsers. Recently, Firefox has ported the popular browser to the mobile world, and have introduced a way to sync it with the desktop Firefox installation.

This is actually a smart move as a lot of desktop users have adopted Mozilla Firefox as their primary browser. Competition is going to be rude in this field, especially when Android powers the biggest part of Smartphone market, and that Chrome is the de facto browser for any Google device.

So I told you that ProxyMob, a firefox addon has been launched so as to allow users to manually configure the proxy. In fact, the guys at ToR project have developed a proxy manager for Firefox Mobile that comes very handy for us users who love using proxies from our smartphones. It is called ProxyMob (here) and it definitely brings one missing feature to Firefox mobile. Indeed, with the implementation of Firefox on Android devices, there was no easy way to set proxies. This is one of the reasons why Opera Mobile is very popular with Smartphones.

Simply said, ProxyMob is only a GUI interface that allows accessing the parameters of Firefox Mobile. It’s a pretty simple feature. I’m just wondering how come it hasn’t been implemented earlier. Anyway, the race to finding proxies that haven’t been yet blocked by mobile operators can follow-up again. 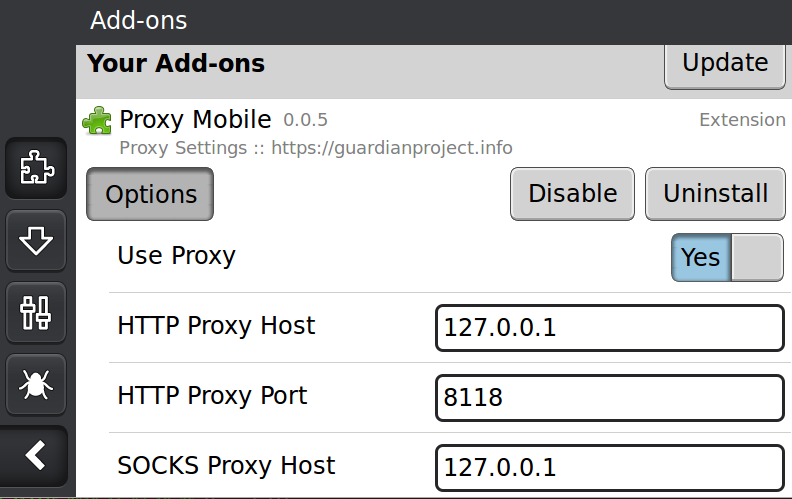 Now, I can see you asking yourself “how come this topic can lead to having free internet access from a mobile phone?“. Remember the trick that most geeky guys use with Opera Mobile for “extending” the free internet Facebook access that most mobile phone operators? Got it? … No clue? …

In fact, if you search on the internet, you’ll see that those geeks use mobile opera by manually setting some proxies while they use a data plan that their mobile phone operator gives them that has the feature of accessing Facebook freely. By using that trick, not only they can access legitimately Facebook freely, but via the proxy feature, they can also access some other internet resources for free.

Previous article Can You Track Where Your Info Is Shared on The Internet?
Next article How to check what traces you are leaving when browsing the Internet? Amazing results – Guaranteed!

Why Commenting With Your Facebook ID Is a Bad Idea?

How to Run a VPN from a Kindle Fire?

How to browse with Thailand IP address

December 9, 2008
There are no comments yet No comments