Most of the time, we take for granted that users will be using Microsoft Windows machines or Apple computers for connecting to the Internet, thereby forgetting that there are other platforms that count too. I am a regular user of Linux, and while I once managed some Linux-based servers. I do admit I’ve adopted a more “user-oriented” daily use those last couple of years. Learn about Linux VPN.

Interestingly though, most serious VPN providers have well-documented installation instructions for Linux distributions. As opposed to Windows or Apple versions, most of the times, there are no “installers”(Linux apps, VPN clients for Linux). The reason is that there are a lot of Linux flavors out there, each having their package management system.

What’s excellent about VPN implementation on Linux is that most distribution already come with an OpenVPN client that is fully compatible with every OpenVPN server out there. After all, we are in a standardized protocol where, as long as the protocol is set (PPTP, L2TP, OpenVPN, Softether, StealthVPN, …), it shouldn’t matter what client software we are using. Just in case your Linux distribution doesn’t come yet with an OpenVPN package, it’s just a matter of installing it from your distribution’s repository.

As an example, on an Ubuntu system, all you have to do would be launching something similar to

If you are using SuSE, you’ll probably use Yast for the installation process, while an RPM-based Linux distribution would use either “rpm -i” or any package installation front-end.

Windows platform has “trained” us to have some “installation package” that will make the installation easier. The chances are that with a VPN on Linux installation, you’ll be given instructions as well as the credentials to set up your Linux VPN connection. It leads to one warning that we need to raise. As it is common with any Linux distribution, you have to be mindful of the distribution as well as the architecture where the OpenVPN client will be running.

Running a VPN client from a Linux system isn’t any difficult as doing it from a Windows client or an Apple computer. However, few things need to be kept in mind so as not to blame the VPN service provider while it may be that your operating system may apply some restrictions.

As an example, I’ve come to some experiences where I received some strange error messages informing me that I couldn’t establish my VPN connection. It’s because my OpenVPN daemon isn’t running. It is a simple issue that can be easily solved by running the daemon through commands similar to

Another common reason for your VPN not running is that the Linux built-in firewall may limit some traffic to go through. Most of the time, a proper launching of the OpenVPN service will handle it. But, depending on the situation and the distribution, you may have to dig a bit further to find out what’s going on.

Those are only simple tips for Linux users who want to use a VPN connection.

How did I install BolehVPN on an Ubuntu Linux machine?

Since Ubuntu is one of the popular Linux distribution out there (and since this is the one I am using), I thought I could take you through the installation process. So for your reference purposes, I am using the 32bit version of Ubuntu 12.04 LTS (aka precise), on an Intel-based laptop.

For this article, I have uninstalled the OpenVPN package, but in your case, it may be that this package is already installed.

Personally, I like configuring all network-related tasks via the network-manager. So, I like taking the following extra-step (which is not mandatory, but quite useful). For that purpose, we need to install the package “network-manager-openvpn.” You can do that via the following command:

Then let’s download the activation keys for BolehVPN. You can find it from your BolehVPN dashboard once you’ve purchased a package. This process will have you download a zip file containing different config files.

For this example, I’ve chosen to use the Canada landing point for my VPN connection, though I issued the following command

Be careful with this last step: the official documentation on BolehVPN says to rename the file to openvpn.conf. However, I’ve found some mismatch since the keys that I downloaded from the same BolehVPN named my certificate files into hidemyip.crt and hidemyip.key. It took me some minutes figuring out what was wrong with my settings. Until I found out that I had to rename the conf file similar to the key files, though the use of hidemyip.conf instead of openvpn.con

Note that shell command mentions that it automatically started the “hidemyip” VPN tunnel.

Then we’re all set. Let’s check my public IP address to find out that I’m no more in Madagascar – and preferably, let’s hope it finds that I am somewhere in Canada.

It seems like we’re all set. Let’s try one of those favorite websites that don’t allow guys located in places like mine to surf on. Hulu, are you going to remind me again that your service is not available in my country? Let’s see.

So I could load one of the most popular movies on Hulu today – I chose “Master Chef” since I like cooking shows 🙂 I’d better stop this streaming session with Master Chef. Otherwise, I’ll end up watching the whole episode- which is not the goal …

Anyway, I hope this little “how-to” would have helped Linux users have their BolehVPN connection all-setup. I’ve mentioned a little trick that, I’m pretty sure, some Linux users would have blocked them to get it going. Enjoy!

How many Linux users have we out there as readers? And what is your favorite Linux distribution? Feel free to share in the comment section.

Previous article How NOT to Use Hide IP Tools?
Next article Bets Are Open: Which Popular Platform Is Going to Be the Next to Be Censored? 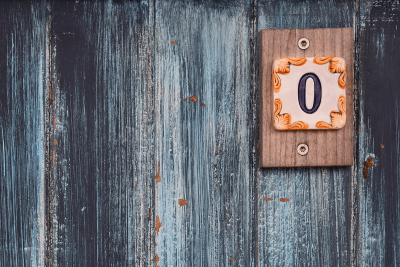 Top 9 “Obvious” Ways To Save Your Online Identity

January 25, 2012
There are no comments yet No comments