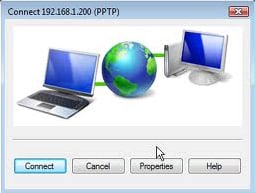 In my upcoming series, I will be throwing some light on the various VPN protocols that are being used to provide different VPN services. Learn about VPN protocols PPTP.

VPN services have popped up like crazy in last few years and it has become important for Internet users to understand the intricacies of VPN services so that they aren’t easily fooled. There is nothing worse than giving away money for a pathetic service.

For starters, we will throw light on VPN protocols PPTP (Point to Point Tunneling Protocol) which was developed by Microsoft in association with many other technology companies. PPTP is said to be the most widely used VPN method when compared to the other available protocols.

An important point worth noting is that PPTP does not come loaded with authentication or encryption features. It solely relies on tunneling in order to implement security functionality. With time various companies have started to push out their own form of PPTP which comes loaded with various security features. One must understand that the base PPTP format isn’t secure but it can be made secure.

PPTP can be considered as an extension of  PPP (Point to Point Protocol) which happens to be the link layer protocol that is used to transmit IP packets over serial links. Authentications similar to that of PPP can be used with PPTP connections. PPTP can be used with Microsoft Point to Point Encryption (shortly termed as MPPE) protocol in order to make it secure. Due to the exclusion of many features, PPTP becomes faster when compared to different other protocols.

PPTP was built by Microsoft henceforth most of the PPTP services are already installed in the Windows Operating System. This makes it easy for users to trust PPTP based VPN services as these won’t request you to install any software. PPTP based VPN will simply use the already installed PPTP client in Windows Operating System thus making life quite easy.

Why should you use PPTP VPN? Fair security, easy setup!

So, why should you use PPTP VPN services? Well, because above all things you value your SECURITY and PRIVACY! The tunnel makes certain that your data is safely encrypted as it traverses two points. Meantime, you are granted a new internet protocol upon subscribing to the best PPTP VPN connection available. This brand new IP address is obtained from a remote server which is based in another country.  This very simple practice enables the end-users to enjoy being anonymous online as no one might be able to locate your identity or specific geographic location for that matter. All this while, your real IP address remains hidden.

Yet another amazing advantage derived from subscribing to the best PPTP VPN is that one can easily bypass any forms of internet restriction compelled upon various countries like Iran, China, Kuwait, Saudi Arabia, etc, on their people to a certain extent.

PPTP is one of the few VPN protocols that can be easily set up on any operating system and it does not require the installation of any software. The setup requires some simple steps that can be done by anyone.

Update: PPTP protocol is no longer accepted by Apple devices running iOS 10 or later! You should go for L2TP. IKEv2 or IPSec.

Linux does not come loaded with PPTP but clients for Linux based machines are available on the Internet. MAC-based machines come loaded with PPTP support from third-party clients also available for MAC. PPTP VPN services are well known around the Internet henceforth you will see that many firewalls do support various PPTP based services. Lastly, some of the Android-based cell phones also support PPTP.

With the advent of time, multiple security vulnerabilities were found with VPN protocols PPTP based VPN services which resulted in other protocols popping up. We will learn more about other protocols in my upcoming articles.

What’s the Difference Between PPTP VPN and OpenVPN?

PPTP is popular because it is easy to configure and it was the first VPN protocol that was supported by Microsoft Dial-up Networking.

The problem is that PPTP does not provide confidentiality or encryption. It relies on the protocol being tunneled to provide privacy.

A typical upgrade path for PPTP is L2TP/IPsec. The adoption of improved VPN technologies has been slow because PPTP is convenient and easy to configure, whereas L2TP/IPsec requires a shared key or machine certificates.

It uses the OpenSSL library to provide encryption of both the data and control channels. It lets OpenSSL do all the encryption and authentication work, allowing OpenVPN to use all the ciphers available in the OpenSSL package.

Let’s compare these two on the following criteria:

PPTP is still offered as a way to connect due to its simplicity. You can set up a PPTP connection with no software at all. OpenVPN is a little more difficult to set up but with the right tutorials, an average computer user should not encounter any problems.

OpenVPN is considered to be extremely secure when compared to the PPTP VPN, and also more stable. Plus one for OpenVPN.

iPhone, iPod Touch, Windows Mobile, all work with PPTP. These are very easy to set up, and just a Host Name, Login, and Password will have you connected. OpenVPN does not work on such devices.

Update: Starting from iOS 10, iPhone and iPads do not accept PPTP connections, only L2TP, IPSec, and IKEv2.

To sum up, if you are looking for high security and privacy you should choose OpenVPN. If you need easy-to-setup VPN, PPTP is a good choice.

Next article A simplified view of Internet censorship

Do You Know How Many VPN Users Are In The World? 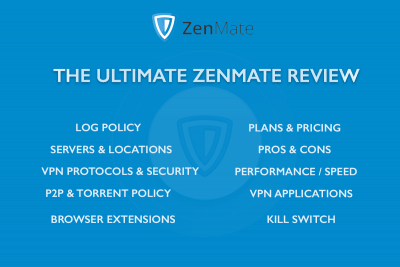 March 8, 2018
There are no comments yet No comments