Yesterday I wrote about the fact that Anonymous hacked Sony Music’s catalog and made it available for free. While searching for the internet, I could find a website that had the links to the torrent files for downloading the huge catalog. As an example, I could find from the listed album an 800Mb torrent file for Alicia Keys that contains multiple albums that contains “DJ-Love” and some unplugged live albums. My question for you: would you download Sony Music for free?

Are the files available for real?

I would say those are genuine files (if it weren’t then you know how to scour the internet looking for feedback from people who actually downloaded them). From the time of writing this article, the torrent files were still alive. And due to the conception of torrents, I would expect that this breach has already given the opportunity to hackers and pirates to download whatever they could then share it to the whole internet in a distributed peer-to-peer manner. Which means that even if Sony can technically recover the security breach and close its catalog (or at least bring it back to the normal situation where people would have to buy first before being able to download legal files).

I know you are expecting me to share with you the links for doing so: to be frank with you, I won’t do that. But since it’s very easy to find this out via some search on the internet, I guess you can do it by yourself. For the purpose of writing this article, I just took a sneak peak on what was made available on one of the torrent files so that I can give a more fact-checked information to how-to-hide-ip readers.

But back to the question I raised as the title of this article which is “Would you download Sony Music for Free?” – my answer is straight simple: I won’t, and I didn’t in fact. Now you may be curious why I won’t?

As of today, I’m taking for granted that there’s a high number of servers that have been hacked. And if we consider that there’s also a lot of computers from the internet that has been infected so as to contribute to making those attack a “success”, then there’s a high risk that this issue is going to get worse for the next days. This will also mean that hundreds of millions of dollars (if not billions) would account for lost sales from big companies and they would want to recover it in one way or another.

Can you evaluate how much is the Sony’s music catalog worth?

Since the nature of the distribution of the hacked music catalog relies on peer-to-peer (torrent) system, then I can see the legal unit of Sony trying to sue every internet user who would have downloaded those files. Remember, whatever you do on the internet can be tracked in one way or another (especially if you are not as good as the hackers who can create a lot of “untraceable” links from where they can harm whatever system they want).

I can imagine guys from iTunes and AmazonMP3 (as well as other online platforms that allow legal download of music) that can’t sleep anymore since this Sony “open” catalog issue has its way to making part of history, they would think that they can be the next target. On the other hand, I can also imagine a lot of internet users and pirates who are always following the #OpMegaupload hashtag waiting for the next attack where they could profit from it.

Now you know my stand: I truly am amazed how good Anonymous guys can be. They have shown o the world how fragile internet systems can be. And so as to ironically demonstrate it: they have put online for free download Sony’s artistic creations. They’ve made a point.

Would you do it?

But now, for us internet users, it’s another question to ask if we want to download those files. I’ve made my choice, what’s yours? Would you download Sony Music for free?

Previous article How To Set Up VPN On A Video Game Console
Next article How would you feel if your passwords were published online?

How to Keep Your Identity Safe While Blogging 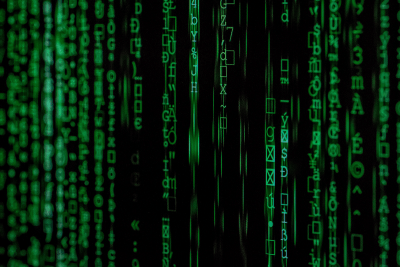