Hack attacks on financial institutions have increased by many folds in last few years. No organization is safe from hack attacks even when they use high-end web security methods because the Internet is the most preferred method of attack for financially motivated hackers. Also, the complexity of attacks launched by hackers these days has given a serious headache to organizations. Learn about enhanced web security using the cloud.

In case of cloud, the protection is applied where threats are found. This helps the cloud to stay away from security threats as they tend to stay out of the network. Cloud security helps reduce web-based security through regulatory compliance capabilities and improved data security. Lastly, cloud security helps organizations cut cost, which results in enhanced productivity.

Statistics do the talking!

As per a survey conducted by InformationWeek in the year 2009 with around 600 businesses, 73% cited increased sophistication of threats against their networks as the major reason for businesses falling prey to hacking attacks. The CSI computer crime and security survey of the year 2009 saw an increase in malware attacks in the year 2009 though it was recording a drop in such attacks for five continuous years. 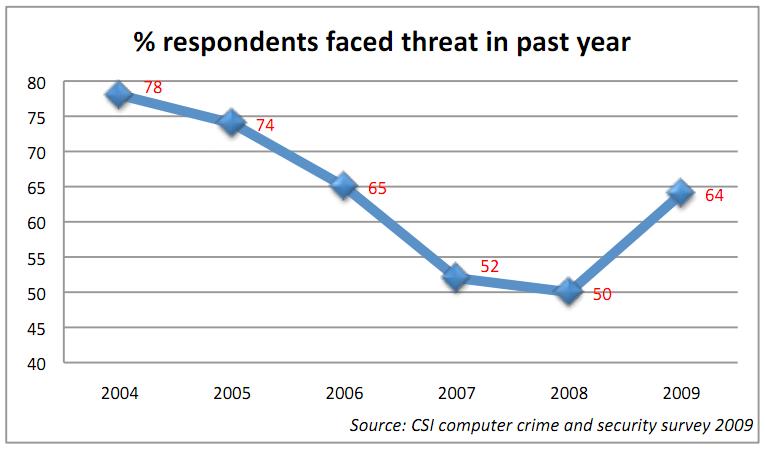 Anti-viruses have been doing the job of securing local machines pretty well since last few years. Once a new threat is received then it takes some time before anti-virus making companies’ update their repositories and it takes even more time to update these repositories in every local machine where their product is running. This time lag gives the chance to hackers to exploit such vulnerabilities. This is when Software as a Service (SaaS) comes into play.

SaaS gives the freedom to organizations to leave security issues to service providers who host their web-based applications in their cloud. It is now the job of a service provider to perform real-time analysis of security threats and update their cloud, all at once, whenever a new threat is discovered. This allows the updates to be pushed to all users in one go henceforth decreasing the time lag that hackers would use to implant attacks on organizations. Lastly, this helps in cost-cutting as the multiple license fee need not be paid on per machine basis.

Previous article Hide Your IP to Avoid Getting Tracked
Next article Did I Make It To Connecting to a Free VPN? Check it out!

What Can We Learn from Tom Cruise and Katie Holmes Divorce in Terms of Anonymity?