VPN Split Tunneling – By default, a VPN secures all of your network traffic.  So if a VPN is connected to a machine (PC – Laptop – Router) then all software, apps and other machines take advantage of the secured connection.

The principle of Split Tunneling VPN is to cut the encrypted connection for certain applications or software. You can have a browser that uses the secure VPN tunnel and another that uses your IP ISP. This is the basic principle.

What are the advantages of Split Tunneling?

Unfortunately, this feature is not present among most of the VPN vendors with the exception of PureVPN. PureVPN is one of the top VPN providers with more than 500 servers all over the World. They provide a lot of options and additional services like SmartDNS.

This new feature is very new and is still in Beta.  The principle presented below remain the same in its final version. 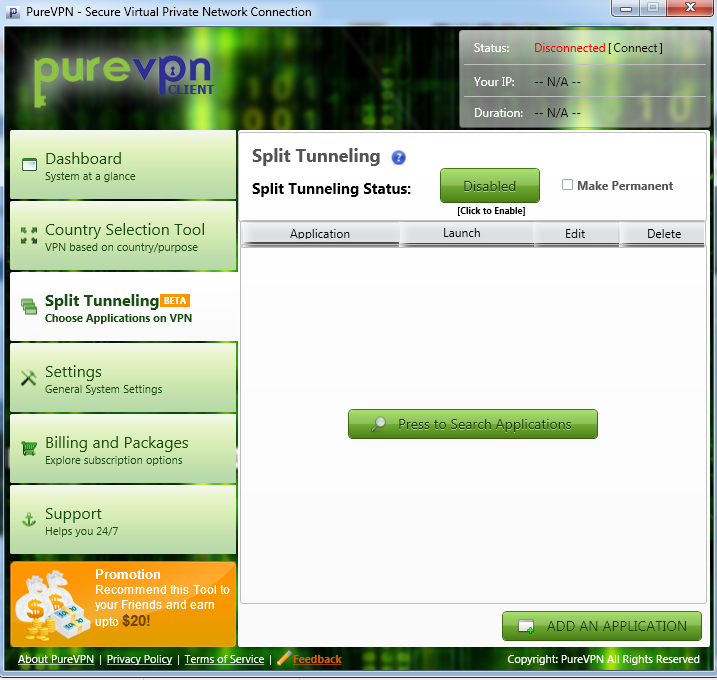 After the Split Tunneling enabled, only applications launched from the client benefit from integrated VPN. 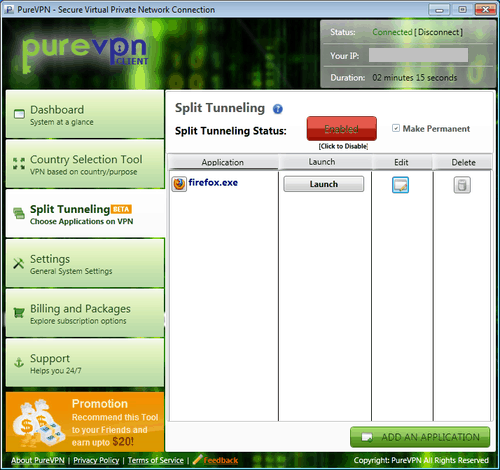 Firefox launched from the client will give you an IP NL in the case of a connection in the Netherlands.  The same Firefox from your desktop will give you your ISP IP address.

Warning: This feature (full of promise) is in Beta.  Before using it blindly you should check that the application launched from the client is effectively secured because eg IE does not work.

How To Make Money By Recommending A VPN Service

February 19, 2010
There are no comments yet No comments