As I was reviewing a VPN service for my Android phone, I just found out something that is worth mentioning to how-to-hide-ip readers. You know that I mainly use a VPN service so as to overcome geo-location limitations: for example, I use it on my laptop so as to pretend that I am based in the US, then I can watch Hulu, or listen to music on Spotify: it’s pretty convenient to get some US-based IP then remove those geo-location limits. Learn about VPN-GPS dilemma.

VPN on my Android phone

But then I moved to my Android-phone (and the following still applies to any smartphone that has a GPS feature). So, I took the L2TP credentials that I needed, then configured it on my smartphone, and connected. Everything looked pretty fine.

Indeed, I was seen as having a US IP address, and the experience was almost similar to browsing from a laptop. But what I want to really point out here is the GPS question.

In fact, I know that if I activated the GPS feature on my smartphone, my GPS coordinate would still indicate that I am not in the US, even though my publicly visible IP is. For your information, a VPN cannot encapsulate a GPS coordinate into its packet, thereby replacing every local GPS info with the VPN providers. Well, at least I am not aware yet of a technology that can do it. Most VPN solutions work on the IP layer: IP is the main protocol used by the internet.

Even though you can put GPS coordinates on an online map, thereby assuming that at some point of time this GPS info is “translated” into IP- the truth is: it’s just a mashup of different technologies that make this all possible. This is an interesting concept to understand as it keeps you focused on what can be “simulated” from a VPN solution, and what can’t be (at least so far).

So if we go back to the case I mentioned earlier: from my Android phone with a VPN-enabled connection, the public internet would find that my IP is based on the US, but at the same time, I am also broadcasting my GPS location that indicates that I’m still somewhere in the Indian ocean, not in the US: that’s a huge difference when it comes to identifying where I actually am.

What does this mean for your privacy (or lack thereof)?

First of all, if you want to “pretend” that you are in a different location than you want people to believe where you are: turn off the GPS feature of your phone. A GPS coordinates indicate almost exactly where you are, with probably 10 meters approximation, depending on how precise the solution is.

Secondly, do not ever think that since a VPN can encapsulate your traffic into another layer, you’re protected from- this is not true as a VPN is not meant to hide your GPS location.

Having your GPS enabled while being on a VPN connection can then lead to some unpredictable situations when it comes to geo-location online applications. The gray zone still relies on the following question: which applications make use of your GPS location?

Previous article Thoughts on Tiered Security
Next article What Is Logged Into a VPN Connection? 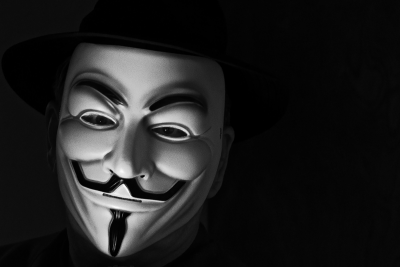 Is Cloud Computing a Threat to VPN Services?