If you are one of those geeks who is seeking ways to get free internet access for your mobile phone (who doesn’t like the free internet?), I’m sure you already stumbled into the Opera mini handler trick.

Haven’t heard about it yet? That’s fine. The goal of How-to-hide-ip isn’t to only to show you how to do it. Anyway, so as to understand the principles and then explain how secure it is, let’s just give an outline of how it works.

In most countries, since Facebook is such a popular magnet, most GSM telco operators have set up a special offer where their customers can access for free the mobile version of Facebook via a specific link (usually 0.facebook.com). Telcos are so keen on attracting more customers – usually, young people who are addicted to this social network: giving those people an opportunity to access for free Facebook from their mobile is such an interesting offer that they can combine with other features, usually SMS.

At a Telco’s side, they are setting up specific accounting/authorization/authentication scheme so that the customers who subscribed to the “free Facebook” offer can only access the 0.facebook.com site. However, in the phreaking world, they’ve found a trick to circumvent this limitation. This trick relies on proxies and Opera mini handler.

What is interesting for our readers is that the trick relies on proxies. Well, to be frank, there’s a cat-and-mouse game between the phreakers and the GSM Telco as finding the best proxy to use is like a treasure trove quest. But anyway, we all know how proxies work, right?

For those who don’t, you set up your browser (for our case, we use Opera Mini browser for mobile phones), so that it uses a distant proxy server for processing most of its internet requests. In other words, you specifically request that every internet packet that you are issuing be redirected first to some kind of gateway, who will rewrite your internet request before delivering it.

The good thing is: proxies can usually help you circumvent some limitations that your internet service provider has set up for you (which is the case for us here). But the bad thing is, you give the proxy server the power to see whatever you’ll be doing online.

As I told earlier, not only will the proxy be able to see all your internet traffic, but since you’ll have to frequently change your proxy server (hey, the Telco’s network administrators are also doing their work, so they usually block the popular proxies that phreakers are commonly using). So at the end of the day, by choosing to get some free internet access from your mobile phone, you may end-up allowing some of those proxies (that you don’t even know, finally) to have access to some (or most) of the data available on your mobile phones.

Now think about it a second: most people don’t have the habit of keeping their phone updated with the latest security patches – however, in order to run this Opera Mini Handler, your phone needs to be able to run Java (which means that other programs can also be run on the same phone) – what if some malware is injected into your phone?

At the end of the day, it all comes down to the assertion “there’s no free beer” – things are given to you for free, but there must be some untold reasons behind it. What do you think those reasons are?

Previous article VPN and Cloud Computing: Growing Up Together
Next article The “There’s an app for that” Dilemma

Which VPN Service Do You Want Us To Review? 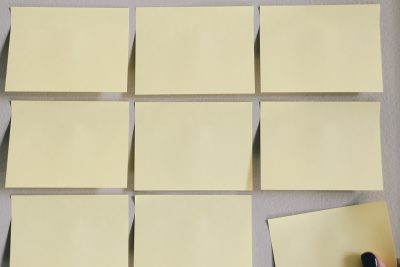