This article might well mark an end to my ongoing research on Chinese network and its behavior. After introducing you with 5 websites that help you track if your website is blocked in China, here I am with another list of 5 services – the best VPN service providers if you are in China and want to use the blocked websites. Learn about top China VPN providers.

You know what is The Great Firewall of China and how weird is the Internet network in China. We have been discussing this for a week now. You can even track if your website is blocked in China or not. But, the question arises why all this hoopla for the Chinese Internet and her boundaries? Well, there are some very obvious reasons for using China VPN. 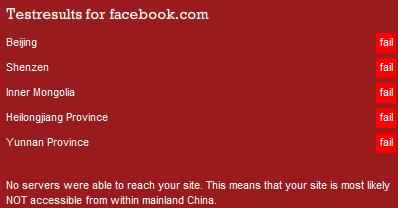 Stronghold from the Chinese government

The Chinese government is pretty strong when it comes to accessing outside content from within their boundaries as they think it will affect the policies of their great nation. This happens to be an important reason why China ends up with such a strong hold on their network that results in all the restrictions.

To give you an example, the likes of Facebook, YouTube and Twitter are blocked in China! This proves to be a headache for people who travel to China from the outside world for short periods of time. Also, this is a headache for companies that might rely on such (and many other) websites and want to operate their business from China.

This is one major reason why using VPN (Virtual Private Network) is very important in China not only for the general public but for the large enterprises that are operating from China.

China VPN is good at encrypting traffic in between the two computers that are trying to connect with each other. Henceforth, the firewalls in between fail to track such traffic. No doubt why Google had long back asked its users to use VPNs and proxies in order to access their search engine when inside the network of China.

VPN is a must for businesses in China

Many companies that have offices in China are actively using such VPN services in order to help their employees access the outside network and also to secure the data that is being transferred from within their premises.

Important! Due to Great Firewall restrictions, some of the VPNs do not work in China. Read the following post in order to get the right one.

Now, the issue comes when you are about to use a VPN service from within China. The question is – which is the best VPN service? After some digging here is the list of 5 VPN services that can help you bypass the great firewall of China.

At $11.52/month, Hide My Ass is one of the most famous VPN service providers available today. They have had some of the best reviews from their customers and there is no doubt that they will help you access almost anything while you are within China and restricted completely.

NordVPN offers valuable features for those connecting to the Internet from China, like DoubleVPN or TorOverVPN / Onion over VPN. These can be used to successfully unblock the restrictions and browse the Web safely.

The 30 days risk-free usage from Express VPN is something that will surely attract most of the users in China. At prices ranging around $13 per month, Express VPN is another good choice for people who want to access restricted websites from within China.

ibVPN is feature-rich VPN at an accessible price. It also offers DoubleVPN and TorOverVPN. Additionally, the SSTP, Softether VPN  and StealthVPN (VPN protocols well know for unblocking the Internet restrictions from China) are available.

Let me wrap it up with Golden Frog. They aren’t as famous as the rest but they are really good at what they do. The setup provided by Golden Frog is easy to implement and easy to understand. At $20 per month, Golden Frog might sound a bit costly but I am sure you can shell out anything to access Facebook if you are in China, right? 😉

Previous article VPN Service, Do You Need All Those List of Countries?
Next article What is the VPN Providers Policy Against Spam?

Hooking up your iPad tablet to the best VPN service online

Unblock Netflix US From Europe or Canada [Updated]

January 31, 2012
There are no comments yet No comments